COVID-19 Pandemic has raised many psychosocial issues in its wake and the world is grappling at the consequences of its effect at various levels. Due to social restrictions, most of the world’s population has to rely on the internet and online communication, for work as well as pleasure. While earlier, the issue of mobile phone overuse, internet overuse and addiction were discussed in the context of unreasonable and unnecessary use that caused avoidance of necessary physical and social activity, the pandemic has forced many unwilling people into the quagmire of the virtual world of online communication.

The research in this field has been going on for few decades now, the adverse effects of excessive mobile phone use has been studied across various age groups. Studies indicate the following effects –

In 2011, the International Agency for Research on Cancer (IARC) classified mobile phone radiation as possibly carcinogenic, which means that there “could be some risk” of carcinogenicity, so additional research into the long-term, heavy use of mobile phones needs to be conducted.

With younger people, especially children using mobile phones for several hours in a day, the life time exposure  to such radiation increases exponentially with potential biological impact on cell physiology.

Scientists have reported adverse health effects of using mobile phones including changes in brain activity, reaction times, and sleep patterns. While the research is underway, children are more susceptible to such changes because they are vulnerable to emotional and behavioural disturbances due to their immature coping skills.

Excessive indulgence in mobile phone activity has addictive potential due to the ease of availability of devices and immense stimulation at finger tips. Children and young adults are driven by pleasure principal, which means they are excited easily and are drawn towards activities that give immediate gratification. Internet surfing on mobile devices exposes one to a vast world and with little self control, most young people are vulnerable to indulge in virtual reality and spend less time in real world interactions. Behavioural disturbances like spending long time on mobile while neglecting routine activities like eating, self care, social interaction and academics and showing withdrawal effects like irritability, aggression, mood instability, anxiety and depression when mobile device are taken away are reasons why harmful and uncontrollable use of mobile and internet is being considered as a form of behavioural addiction.

Real world social interactions with family, friends, neighbours and other members of society is necessary component of overall health and COVID has highlighted its importance. Excessive use of internet devices reduces the time as well as inclination to indulge in real physical interactions. Especially young adults who are learning social skills and behaviours are at risk of developing maladaptive personality.

Sitting and working on mobile devices for prolonged periods can cause effect on musculoskeletal system due to bad posture and strain on muscles of neck, shoulder and back. Excessive use of mobile has also been linked to pain and swelling in joints of thumb, fingers and wrists leading to various deformities.

The continuous watching of small screen results in dry eyes, irritation of eyes, watering and eye strain which can also culminate into higher incidence of ophthalmological and refractory errors. The impact of blue light rays entering the retina is a matter of concern and many experts believe that it can result in macular degeneration, even though the investigations do not conclusively prove anything.

Many of us have seen the reduction of physical activity among people with the spread of technology and gadgets. Internet gaming has reduced interest in sports and less and less children are seen playing in parks.

Psychological impact of excessive mobile phone use in children-

Children have an immature biological and functional system which is why they are quite vulnerable to environmental changes. The jury is still out regarding the biological and physiological impact of electromagnetic radiation emissions but the psycho social impact is very much apparent.

Due to online education, children are at the receiving end of yet unknown effect of technology. Several hours of exposure to electronic screen has reduced necessary physical activity which is not only important for physical growth but has significant effect on mental growth as well. Many bad habits like eating too much junk food and sugar cravings are associated with electronic screen over use.

The neural activity associated with reading and writing has many subtle benefits in terms of development of Neuro motor, cognitive and emotional components of intelligence which are hampered due to effortless feeding of facts via electronic medium.The audio visual content does not allow much for imagination and can reduce creativity.

The reduction in social interaction hampers social skills development and emotional and behavioral regulation learnt during socializing. This can have far reaching impact on a developing personality with risk of development of low stress tolerance and maladaptive reactions. With the advent of compliant AI that responds to voice command, children are unfortunately losing the virtues of humility and knack of respectfully asking instead they are learning to order around what they want and even getting it.

Last but not the least, technology and nature needs to be in balance because too much of one harms the other. While children are being made aware of need to save earth through approaches focused at reducing pollution, the implications of over use of technology also needs to be highlighted. Parents and society need to be made aware of the potential damage caused by mobile phone use and alternative modes of communication and knowledge dispersion need to be worked on. 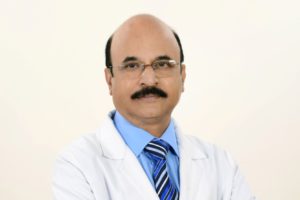 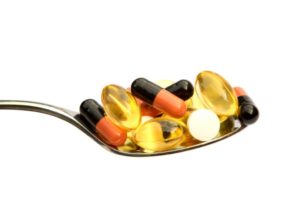 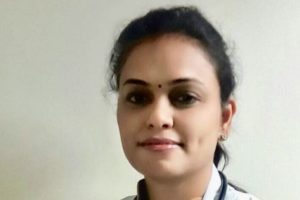 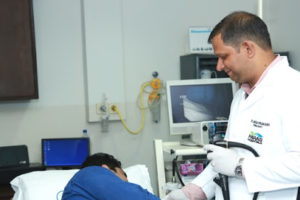