According to a recent study, young children who participate in theatre shows are more likely to promote a positive body image.

The current study, published in Body Image, was led by Professor Viren Swami of Anglia Ruskin University (ARU) and analysed the attitudes of children aged 5-9 before and after witnessing presentations of ‘Cinderella: the AWESOME Truth’ at a London play. Previous study indicates that by the age of five, children begin to comprehend cultural norms of beauty, and body dissatisfaction develops in both girls and boys by the age of six.

Professor Swami, a body image specialist, was contacted throughout the production of ‘Cinderella: the AWESOME Truth,’ with the goal of creating a performance that may assist youngsters develop good body image and self-image. 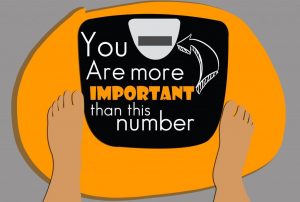 Workshops with over 200 youngsters resulted in the creation of a modern updated rendition of the traditional narrative. Body shaming and its impacts, managing beauty expectations and worries, the impact of social media on body image, and the role of friendships in encouraging healthy body attitudes and greater self-esteem are all covered in the episode. Children learn that what makes them “great” are their abilities and not their appearance.

The researchers recruited 54 girls and 45 guys and tested their body appreciation before and after viewing the play, which was performed at Wimbledon’s Polka Theatre. In addition, the participants responded to open-ended questions regarding their own originality and magnificence. The study discovered that after witnessing the show, both boys and girls’ body appreciation ratings improved. Following attendance, the number of replies on what made them “special” or “great” grew for both boys and girls.

Importantly, these enhancements were made while retaining near-universal pleasure of the presentation and providing essential learning goals, as measured by the children’s qualitative reactions.

“We know that body and appearance dissatisfaction is associated with detrimental health and psychological outcomes, including symptoms of depression, low self-esteem, disordered eating, and decreased physical activity, and this can begin in children as young as six,” said Viren Swami, Professor of Social Psychology at Anglia Ruskin University (ARU).

“As a result of social media, children are becoming more aware of unrealistic and harmful elements of body image at an increasingly young age.” As a result, it is critical to identify innovative strategies to combat these hazards by sending good signals to early children. We’ve discovered that using theatre to educate to young children about looks and positive body image may be effective.

Also Read: COVID epidemic is far from ending: WHO

“Given production expenses and attendance restrictions, such as ticket pricing, it may not be possible to reach all children via theatre. However, we have demonstrated the value of employing theatrical performances to promote healthy body image messaging, as well as possibly incorporating body image-focused drama and theatre in school-based curriculum.”

Sarah Punshon, co-author of the research and director of Cinderella: the AWESOME Truth for One-Tenth Human, stated: “Children’s theatre has tremendous potential for promoting healthy body image. Storylines that are engaging, people that are sympathetic, and the utilisation of’magic’ and music are all important.

“We were able to tap into contemporary issues and wants by developing the programme through in-depth investigation with youngsters, resulting in a tale that emphasises that what truly makes a person wonderful is what they and their bodies can achieve, not what they look like. We’re very pleased that the improvement was achieved for both boys and girls; past research has showed that body image therapies for males may be less successful “She said.

COVID epidemic is far from ending: WHO

Due to increase in COVID-19 instances, Chinese towns...

ICMR has released book and mobile app to...

Study finds honeybee health can be measured through...