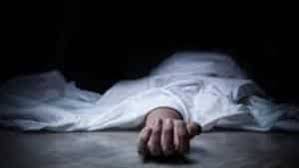 A medical student from Gujarat allegedly committed suicide by jumping into the Narmada canal near Galteshwar village on Wednesday. The medico had recorded a video before killing himself and sent it to his friends stating that he was betrayed in love.

The body of the deceased was found on Thursday in Sanadara siphon of the canal. His bike was also found near the canal with a heavy flow of water.

A case of unnatural death has been registered at the Sevaliya police station.

Gujarat has seen cases of the coronavirus’s ‘Kappa’ strain