Zydus Cadila, the Ahmedabad-based vaccine maker, is likely to apply for emergency use authorisation to the Drug Controller General of India in a week, news agency ANI reported. In that case, it will be the second indigenous vaccine to apply for such authorisation and if it gets approval soon, then it will be the 4th vaccine after Covishiedl, Covaxin, Sputnik V to get approval in India. “Zydus Cadila has told the government that it could apply for emergency use authorisation for ZyCoV-D vaccine in the next seven-eight days,” a government source said to ANI.

Zydus Cadila has enrolled more than 28,000 volunteers for their phase three study and most part of their study has been complete.

The zyCov-D vaccine will become a game-changer in many respects, it is believed. Here are the reasons:

> ZyCoV-D is the world’s first DNA vaccine against coronavirus. The vaccine consists of some genetic material which will instruct human cells to make SARS-CoV2 antigen.

> The trial included children as well. So if the vaccine gets DCGI approval, it could be India’s first vaccine for the below 18 population.

> This is also the first vaccine that will have three doses. The second and the third doses are to be administered on day 28 and day 56.

“We are hoping that they will apply in near future. Most of their study is complete. They have enrolled more than 28,000 volunteers in their phase 3 study. We expect they will submit the results very soon. We are hopeful of this vaccine because it would be the world’s first DNA vaccine. We are very proud of their work,” Niti Aayog member (health) Dr VK Paul has said to ANI. 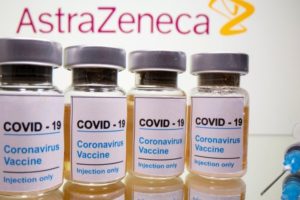