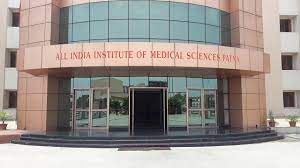 The AIIMS facility of Patna has given consent on the motion to terminate its faculty members for lacking basic qualification at the time of their recruitment.

The government body of the institute made no comments on the decision it took on Thursday regarding the matter.

According to a media report, the matter goes back to 2011 when the institute has advertised for faculty recruitment in December that year. However, the advertisement had clearly mentioned that the appointment required a PG degree recognized by the erstwhile Medical Council of India (MCI), now National Medical Commission (NMC). Two faculties only had postgraduate degrees in Zoology, a non-medical subject, during their appointment in 2012-2013. Although Ranjan had the required qualification, he lacked a Ph.D. degree at the time of recruitment.

Sources informed the Daily that the assistant professor had fulfilled the required criteria within nine months of his joining (September 7, 2012) and submitted his Ph.D. degree from a USA-based University. However the other two still lacked the qualification.

A total of 19 faculties underwent the scanner regarding the matter and some of them earlier criticized the penalty after eight year for the fault committed by the Selection Committee and a few moved to the court against the disciplinary action taken by the institute.

Sources informed that an IPS blew the cover of the terminated professors while Kishore, Deputy Director (Administration) of AIIMS Patna brought the matter into light in 2013.

Later, the Vikas Arya committee, constituted by the Union Health Ministry in 2014, also marked the appointments faulty. Finally, a five-member high-powered committee consisting of directors of AIIMS-Bhubaneshwar and AIIMS-Patna had also found the recruitment of the three members bogus.

However, a doctor working with the AIIMS-Patna has questioned the select penalty order by the institute as there had allegedly been some other faculty members holding non-medical degrees. Speaking about the same, he told TOI, “Why action against few and not others?”

On the other hand, the news took trend on twitter. “Congratulations! Finally, some justice, albeit delayed and inadequate, can be expected to be delivered. I was made to pay a heavy price for my whistle-blowing act…” Kishore Yadav tweeted.