The safety of a vaccine must be monitored throughout its lifecycle, No vaccine is 100% safe says Dr. Gagandeep Kang, one of India’s highly regarded clinical scientists and professor at Wellcome Trust Research Laboratory, Christian Medical College, Vellore.

Q. What do you think about the safety of a vaccine? Q. Do you think no vaccine is 100 percent safe?

A. We won’t know till we see the vaccine being used in many thousands of people, if not hundreds of thousands. Usually, when vaccine manufacturers are asked to manufacture vaccines, there are pre-clinical trials, i.e. animal testing, and then in clinical trials, they first test on tens, then on hundreds, and then on thousands of people. The safety of a vaccine candidate must be monitored throughout the entire lifecycle of the vaccine, before and after licensure. So far, from all the vaccines we have seen, there seems to be some fever, swelling, redness, while some people feel unwell, so no major safety signals yet. But so far, we also don’t have safety data from phase three trials. No vaccine has zero effects. Every injection causes pain, redness and swelling. Many vaccines have minor side effects, some vaccines have major side effects, but it’s very rare. For example, a person can get paralysis from GBS syndrome, from the viral injection, and can get it from the vaccine also, but it’s very rare; chances of it happening are one in a lakh. The oral polio vaccine causes polio in a million children but we still use it because the benefit of preventing polio is much greater than the risk of a small number of children getting polio because of the vaccine. So, no vaccine is 100 percent safe. But you have to bear the risk and benefit and then decide if the risk is lesser than the benefit, and then go ahead with it for the public health purpose of using the vaccine.

Q. How to test the efficacy of a vaccine?

Q. When India will get a vaccine?

A. Most of the vaccines are in phase two trials at the moment. The vaccine that will most likely move faster is going to be the Oxford vaccine because its clinical efficacy is already being tested outside the country. So, if the vaccine works outside the country and we get the vaccine being evaluated for immunogenicity in the country, then we can take the results from outside the country and get the vaccine licensed in India. So, that will be the fastest. For others, we will have to do phase three trials, and then we will see what the results of those are and license them. It may be early next year for the Oxford vaccine. And for other vaccines, it depends on when they start their phase three trials and what their recruitments look like. However, licensure is unlikely before the middle of next year.

A. That’s not unexpected because we know that children share a high risk of the virus. I don’t think people are looking at it in the right kind of way. But you should be expecting children to transmit the virus just like others transmit it.

Q. How do the elderly have a surprisingly low mortality rate in India, as compared to other countries?

A. This is something called the survival effect. It means that if you are over 70 years old in India, you probably belong to a higher socioeconomic status because if you were older and had co-morbidities, you would have died of something else before Covid. This is the survival effect, where a population itself is special because it has been able to overcome the challenges which other people have succumbed to.

Q. As per a study, India reported people dying within a period of 6-7 days after the tests. What can be the reason behind this? 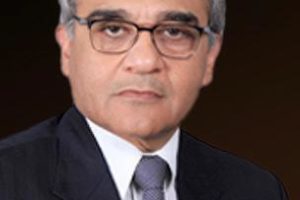 What precautions people should take against new VARIANT? – EXCLUSIVE 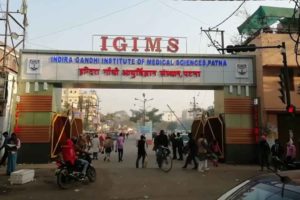