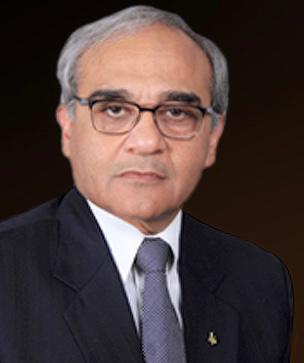 It was in the month of March that meetings were being conducted in different health organizations in India and many hospitals to formulate plans to tackle the CORONA disease regarding which there was a paucity of information other than that available from studies from China, anecdotal stories on the social media and the newspapers. It was a mystery disease with hardly any scientific details regarding its course, treatment modalities that work and the long-term effects. Over the past 8 months or so we are wiser and have some answers to the first two issues only; the post-recovery effects of the disease are still a mystery. In the months of April and May, we were many times criticized for spending exchequers money on the preparations that were carried out for setting up dedicated COVID heath care facilities.

However, the months of June and thereafter proved the health care policy makers correct- there was a huge surge in number of infected patients and the hospitals started getting full, both with mild and severe disease. The requirement of critical care beds increased in a geometric progression and became tough for doctors to deal with so many patients.

What did we as health care givers do right?

Preparedness plus wait and watch mantra that every health institution was instructed to follow was proven to be correct. Deferment of routine surgeries, procedures and hospital admissions were also justified. There was a time when all these actions were strongly criticized. The political will to fight the pandemic was a great help – cross political party bickering’s notwithstanding. One needed to realize the difference in Indian population’s demographic details as compared to that of developed nations from where all the scientific and non-scientific information was coming. Policies had to be made for managing an unknown disease at the community level with data from the developed world! As a country we did so reasonably well.

One must appreciate the tenacity of the Indian health care system that whatever was available at the start of the epidemic was supposedly and optimally utilized. Antiviral medications used for other viral diseases, with no scientific evidence for efficacy against the coronavirus, formulations from the alternate systems of medicines – namely homeopathy and Ayurveda – were all used. The government officially promoted the use of immunity-boosting concoctions made from popular herbs and spices. The latter was widely accepted among the citizens of our country.  One really does not know if they worked but the end result is that we in India have a low mortality rate. This was also attributed to the Asian genes, the immunity provided by the efficient vaccination program of the country for children and even the widespread unhygienic conditions where the poor citizens live and have high immunity to virus infections.

During the initial days of the pandemic two scientific words became household names in India- ventilators and Personal Protection Equipment (PPE). The first came in from the West due to the acute shortage of such devices in those countries and lead to innovations like ‘Y’ connections that could be used to run multiple ventilators in series from a single source of oxygen and mechanized devices to press breathing bags that could push oxygen into the patient’s lungs. All such innovations were never found to be useful and were hardly used. The second word PPE was a wonderful word for the safety of healthcare workers. Fortunately, both of these issues (availability of ventilators and PPEs ) were managed reasonably well by the government.

The pandemic is not over yet, and we need to channelize our efforts to improve the health care delivery systems that would provide best possible benefit to our citizens.  The commissioning of  greater number of ICU beds and availability of vaccine are being considered as the “saviours” of the human race at present. Vaccine availability is surely something that everyone is looking forward to  but only time would tell us the impact it has on the disease prevention and /or decreasing the symptoms of the disease. Most  pharmaceuticals are likely to get emergency use authorization of vaccines for limiting the spread of COVID virus.  The  safety of these vaccines in children, old persons and  child bearing women is still awaited. The efficacy and the logistical problems in vaccinating more than a billion people in India spread over different temperature zones is still to be ascertained.

Of late older patients and those with comorbidities suffering from COVID are dying in larger numbers. Therefore at present commissioning of more number of ICU beds is one of the most important thing that the authorities are working on. Availability of  larger number of such beds may sound to be very comforting but we are missing a very important component of intensive care – the health care staff to manage the intensive care gadgets and the critically ill patients. The government has totally missed on policies to promote training of various categories of health workers in management of critically ill patients. In good intensive care units a nurse patient ratio of 1:1 is mandatory at all times. Further these nurses are specially trained to work in intensive care  units. It is common knowledge that during pandemics such ratios cannot be maintained; but in a country like India such ratios were never present even during non pandemic times. There had always been a  huge shortage in trained nursing officers in India and the pandemic has further highlighted this shortcoming in our critical care system. Further with more hospital beds being converted to ICU beds with cardiac monitors and ventilators the nursing care is going to be substandard. A fear of contracting the disease and decrease in efficiency of work after donning into personal protective equipment adds to this problem. Other than nurses, there is an acute shortage of physiotherapists, technicians and sanitary workers for working in COVID intensive care units. All these persons too suffer from the same problems – decreased efficiency of work after donning and fear of contracting COVID infection.

Special programmes and training should be initiated

The government has to initiate programmes with incentives for such health care workers to enrol for specialized training in COVID critical care areas – both for adult and paediatric sick patients. Same should be true for doctors too. It is common knowledge that resident staff or junior doctors are one of the most essential part of the hospitals in all countries. In the present time there is need for incentive based short training courses for young doctors to work in intensive care areas. It is possible to channelize interns and doctors from other specialties for duties in COVID areas but practically this is very difficult and leads to suboptimal care unless they have received a “crash course” in intensive care. During the 1965 war with Pakistan the Indian army started enrolling young men at all junior levels – including young officers as ‘emergency commission’. Something similar is required at the present time. Many hospitals in the ‘gulf  region’  have  brought out advertisements offering extra salaries for persons willing to work in COVID areas.  Public and private hospitals in India should be doing something similar. If extra salaries cannot be given in government hospitals something else has to be thought off – an extra 5 marks in the competitive exams for young graduate doctors, an extra  increment for government employees or giving preferences for paramedical staff for permanent government jobs in their areas.

It is common knowledge that majority of persons – about 85% – who get infected with the CORONA virus could be manged easily in their homes. It is the rest 15% who need hospitalization and out of these about 5% would need admission to critical care. But even this small 15 and 5 % numbers would mean a large number of the Indian population.

It is difficult to start new health care units in a pandemic,  though some of them in the form of COVID care centres have been set up to cater to stable patients without any complications, the majority of the sick patients would require admission to existing COVID designated hospitals. The Government  would surely be able to procure/ buy cardiac monitors, ventilators and all other machines required to provide care for sick patients, but  the need is of efficient, trained manpower who is willing to work in stress full conditions where there is a potential to  get infected with the dreaded disease.  Lateral thinking and innovative ideas are needed at the present time . World Tumor Day: All you need to know