Bone Death: No sure shot prevention but measures can be taken for early recognition 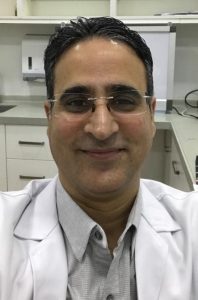 As we come in terms with the relentless onslaught of the war waged against humanity by the most primitive of living things, a puny virus, we find that for most of our illnesses, only we are to be blamed. Yes, I am talking about the COVID- 19 pandemic that has brought the entire world to its knees.

We had only begun to understand the working of the virus and remarkably, we were able to figure out ways and means to prevent and treat the disease caused by the virus.  But then there was the malady of self-medication, practicing of unscientific measures, which proved in many ways the inherently unrealistic approach of most humans. I personally know of many people who started their own therapies for COVID management. Alas, we were faced with unheard of conditions like Black Fungus (Mucormycosis) and now Bone Death (Osteonecrosis). The scientific community is not ruling out the incessant use of life saving steroids for the unexpected rise in both Black Fungus and Bone Death cases.

The single factor that could be blamed for this upsurge in such cases was steroid use. It is an exercise for statisticians to determine whether these drugs were genuinely prescribed by doctors or blatantly self administered by some people. In vulnerable people who have other medical problems like diabetes, injudicious use of some medicines can be catastrophic and lead to disaster as the body’s immunity is severely compromised, allowing unusual conditions to surface.

Bone death is not something novel. It is the necrosis or death of certain areas of bone, especially the upper part of the thigh bone and a few other bones which results in crippling arthritis and disability. While this condition was known by names such as Osteonecrosis and Avascular Necrosis during the normal times, the pandemic has given it a new name, i.e., Bone Death. A significant percentage of Bone Death patients are found to have a history of alcohol abuse and steroid use, which clearly indicates that COVID-19 by itself is highly unlikely to cause the condition. It is more likely to target patients who are on steroids.

As of today, there are just a handful of patients in India who have had post-COVID Bone Death but it is something that needs a high degree of attention and the awareness on the part of health care workers as well as patients themselves. There is no sure shot way of preventing its occurrence, but there are definite measures that can be taken for its early recognition and identifying the group of patients who are at greater risk.

In medicine, we always say prevention is better than cure and it’s true here as well. Osteonecrosis, once established, usually requires surgery and sometimes joint replacement too. Doctors are a part of the society who are just a bit more informed and aware of the health issues and it takes a very long time to become an efficient doctor. It is in the best interest of patients to trust doctors and try not to indulge in self-harming medication. Adversity is the best teacher and this pandemic has proven the adage quite good.

We will get benefitted as more data is collated regarding all the manifestations of this viral infection and what it does to the various organs. This is no time to be scared, but it is also not a time to be unduly belligerent. Bone Death is not trivial and it is paramount that it is recognized and treated. General rule – post COVID, having hip pain that is not getting better with time – go and see your Orthopaedician and follow his advice.

Wishing good health to all.