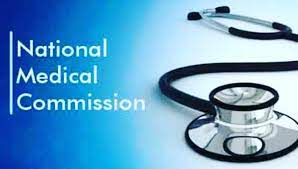 The National Medical Commission has released a circular redrafting the current rules regarding oxygen supply and made it compulsory for medical college hospitals to set up Pressure Swing Adsorption (PSA) oxygen units in their campuses, arrangements for which need to be made within the next six months.

“Central oxygen and suction points shall include the provision of piped oxygen supply to all patients in critical care from liquid oxygen tanks installed at an appropriate place in the hospital complex,” said the circular released on April 28.

The circular further stated that all medical college hospitals should have a “dedicated PSA technology produced oxygen supply in addition to the supply from liquid oxygen tanks, which is installed and made operational within six months”.

Addressed to all affiliated medical institutions in the country, the NMC statement revealed that this move is being introduced through a draft amendment made to the Minimum Requirements for Annual MBBS Admissions Regulations.