With the Union Ministry of Health & Family Welfare likely to finalise the long pending National Policy on Rare Diseases and notify it by March 31st, serious concerns are now being raised by patients and the support societies that the revised policy may meet the same fate as the earlier National Policy for Treatment of Rare Diseases 2017 without any provision to support treatment of patients, diagnosed with Group 3 disorders like Lysosomal Storage Disorders (Gaucher disease, Pompe disease, MPS I and Fabry disease).

Patient advocacy groups like the Organisation for Rare Diseases India (ORDI) and Lysosomal Storage Disorders Support Society (LSDSS) are concerned that the Union Ministry’s proposed crowdfunding mechanism may be inadequate, just like the provisioning under the umbrella scheme of Rashtriya Aarogya Nidhi (RAN), to provide immediate treatment support to patients with these life threatening conditions – categorised as Group 3 disorders – and particularly those for which the Drugs Controller General of India (DCGI) approved therapies are available.

According to patients, long awaiting support to start treatment, the Union of India, should make immediate necessary provisions for all orphan diseases, as has been done by many other countries.

In the absence of a National Policy on Rare Diseases, a few states down South have sought support from the Union of India to provide matching grant in order to sustain the ‘proof of concepts’ shown in providing the much-needed funding support to patients diagnosed with life-threatening rare disease conditions, including Lysosomal Storage Disorders (LSDs).

Categorised as Group 3 disorders, these category of rare diseases like Pompe disease, Gaucher disease, Fabry disease and MPS I are serious chronic, debilitating and fatal disorders, often requiring long term, specialised treatment and chronic management and often causing severe handicap and a catastrophic impact on the entire family. These group of rare diseases particularly impact children, causing 35% of deaths before age 1, 10% between the ages of 1-5 and 12% between 5-15 years.

While Karnataka has embarked on this progamme for close to 5 years now for providing treatment support to these children, Kerala and Tail Nadu are the two other states which have allocated funds from the state exchequer to provide the life-saving therapies to a few of these children.

Karnataka has reportedly spent around INR 40 crore on providing treatment and other life support to the patients diagnosed with rare diseases, in September 2020 the Kerala state government started an initiative to enrol two toddlers suffering from Pompe disease for the life-saving Enzyme Replacement Therapy (ERT) at the Government Medical College, Kozhikode. The infusion therapy was started following an order by a division bench of the Kerala High Court hearing a writ petition filed by the Lysosomal Storage Disorders Support Society (LSDSS), a patient advocacy group, set up to fight the cause of rare disease patients across the country. Under order of the Kerala High Court, the Centre allotted an amount of INR 1.5 crore while the state sanctioned another INR 50 lakh for the treatment of the two patients. Interestingly, members of the Kerala High Court Advocates’ Association, following an appeal by the High Court, also mobilised an amount of INR 5 lakh for the treatment of the rare disease patients.

The health departments of each of the three states have also written to the Union of India to support the initiative by providing matching grant in order to provide sustenance to the programme besides allowing a scope to expand the treatment support to other eligible patients, awaiting for funding support for a long time.With Rare Disease Day being celebrated worldwide on 28th February each year to raise awareness about the Rare Diseases. 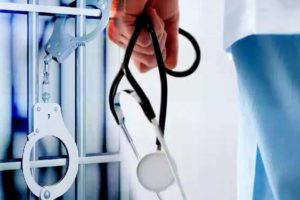 MBBS Scam accused to be lodged in Luksar jail