Pimpri: Three doctors have been arrested from Pimpri Chinchwad for allegedly demanding and accepting Rs. One lakh from the kin of a Covid patient for a ventilator bed at PCMC’s Auto Cluster Hospital. The patient later died during the treatment.

The relatives informed BJP Corporators Kundan Gaikwad and Vikas Dolas who took up the matter with the PCMC administration during general body meeting on April 30.

On Saturday, the PCMC administration lodged a complaint, against which an FIR was filed against a doctor from the Auto Cluster facility and two other doctors of a private hospital. Additional municipal commissioner Ulhas Jagtap submitted the complaint to the Pimpri police station. In the complaint letter, the PCMC said, “The PCMC has set up a hospital for Covid patients at Auto Cluster. The treatment here is provided free of cost. The PCMC has appointed a contractor, Fortune Sparsh Healthcare Pvt, to run the hospital.”

The complaint said, “At the PCMC general body meeting, held on April 30, corporators made serious allegations against the contractor running the healthcare facility. They alleged that one doctor from Auto Cluster hospital and two private hospital doctors took Rs 1 lakh from a patient for a ventilator bed at the Auto Cluster hospital… We request you to kindly take action in the matter…”

Dr Amol Holkunde, CEO of Sparsh, denied that anyone from his facility took money. “Actually, it is the modus operandi of private hospitals to make false calls to the Auto Cluster facility and then lie that a bed is available on the payment of Rs 1 lakh. These private doctors then send patients to the Auto Cluster facility. If the family does not get the bed, they return the amount. If the family gets the bed, they retain the amount. On our part, we admit the patients after they are referred to us by YCM hospital, jumbo hospital or through civic helpline numbers. This facility is free of cost… The PCMC pays us the contracted amount, why would anyone collect anything from the patient?” he said, adding that the allegations were baseless. 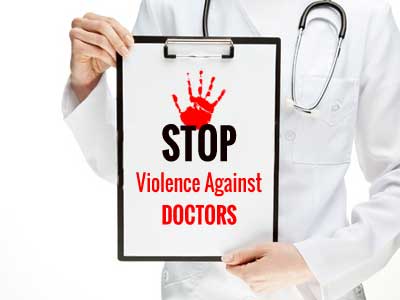