The Doddabelavangala police have registered a case against a 40-year-old villager for allegedly beating up a veterinary doctor and assaulting a driver who was ferrying a woman doctor and ASHA workers accusing them of ‘spreading infection’ in the village. They were on COVID-19 duty.

The alleged incident occurred on May 25. The complaint was filed the next day after obtaining permission from the authorities concerned.

Based on the complaint, the police registered an FIR against the accused, Siddaraju, charging him under the Karnataka Epidemic Disease Act, assaulting public servant on duty and for criminal intimidation.

Shashikumar, 25, in his complaint, told the police that on the orders of the taluk health officer, he was ferrying Dr. Shamitha and ASHA worker Shanthamma for COVID-19 duty to Amabalagere, Gulya, Purushana Halli, Bhadrapura, Karepura, and for handing over medicine kits, before reaching Inahalli.

At Inahalli, Siddaraju confronted the team, allegedly dragged Shashikumar out and assaulted him, accusing him of entering the village from outside to spread infection.

Shashikumar was rescued after Dr. Shamitha raised an alarm prompting villagers to come to their aid.

Siddaraju had earlier aallegedly beaten up a veterinary doctor who had visited the village. He was not wearing a mask, Shashikumar said in his complaint.

The matter was brought to the notice of Dr. Parameshwar, taluk health officer, before a complaint was filed with the police.

The Hoskote police, on Thursday, filed a case against members of the Dharmarayaswamy temple trust for organising ‘hoovina karaga’ despite a lockdown being in force.

Based on a report by Assistant Sub Inspector Manjunath, the police charged the temple trustee and administrative officials under the Karnataka Epidemic Act, disobedience to order duly promulgated by public servant, and unlawful and negligent act to spread infection.

Mr. Manjunath said that the temple management held the programme in the temple premises around 1 a.m. and hundreds of people had participated. 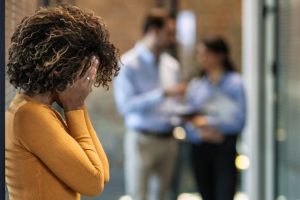 Impact of Bigamy on Family members and women