Hearing loss is the most widespread sensory deficit across the globe. Any hearing loss greater than 40 decibels (dB) in the better hearing ear in adults and a hearing loss greater than 30 dB in the better hearing ear in children can result in disabling hearing loss. Hearing loss can range from mild to moderate, severe, or profound and can affect one ear or both ears.
Over 5% of the world’s population, of all age groups, which is about 466 million people (432 million adults and 34 million children) suffer from hearing loss and it is estimated that by 2050, approximately 900 million people i.e., one in every ten people will have disabling hearing loss. About 60% of childhood hearing loss is due to preventable causes and almost 1.1 billion young people (aged between 12–35 years) are at risk of hearing loss due to exposure to noise in recreational settings.
Causes of hearing loss and deafness can be varied including:
Congenital causes-
Present at or acquired soon after birth, this kind of hearing loss can be caused by hereditary and non-hereditary genetic factors or due to complications during pregnancy and childbirth such as –
• maternal rubella, syphilis or certain other infections during pregnancy
• low birth weight
• birth asphyxia (lack of oxygen at the time of birth)
• inappropriate use of particular drugs during pregnancy
• severe jaundice in the neonatal period, which can damage the hearing nerve in newborns
Acquired causes-
This kind of hearing loss can occur at any age due to:
• infectious diseases including meningitis, measles and mumps
• chronic ear infections
• collection of fluid in the ear (otitis media)
• use of certain medicines known as ototoxic drugs
• injury to the head or ear
• excessive noise, including occupational such as that from machinery and explosions
• recreational exposure to loud sounds such as that from use of personal audio devices at high volumes or staying close to speakers in pubs and discotheques
• ageing, in particular due to degeneration of sensory cells
• wax or foreign bodies in ear canal
The impact of hearing loss can also be very profound and far reaching:
Functional impact-
The individual loses his/her ability to communicate with others. Spoken language development is delayed in children with hearing loss leading to adverse effect on their academic performance.
Social and emotional impact-
Impaired communication due to hearing loss can have a significant impact on everyday life, causing feelings of loneliness, isolation, and frustration, particularly among older people.
Prevention
Hearing loss (and related ear diseases) can be avoided by taking preventive actions such as:
• immunizing children against childhood diseases, including measles, meningitis, rubella and mumps
• immunizing adolescent girls and women of reproductive age against rubella before pregnancy
• preventing cytomegalovirus infections in expectant mothers
• following healthy ear care practices
• reducing exposure (both occupational and recreational) to loud sounds
• screening of children for otitis media
• avoiding use of particular drugs which may be harmful to hearing
• Screening infants at high risk
• Educating general population on hearing loss
• Seeking professional help in time for hearing loss or ear diseases
• Getting hearing tests done regularly for those at high risk of hearing loss
People with hearing loss can benefit from early identification, use of hearing aids, cochlear implants and other assistive devices and in severe cases with captioning and sign language as well as other forms of educational and social support. 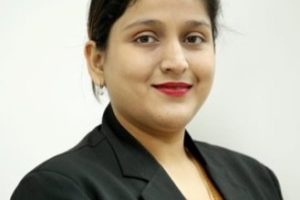 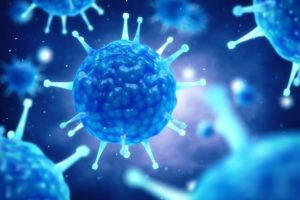 Covid-19 is associated with destructive fungal infection of the Sinuses