India is witnessing a surge in daily Covid cases.In last 24 hours India has reported 96,982  new cases.Maharashtra, Chhattisgarh, Karnataka, Uttar Pradesh, Tamil Nadu, Delhi, Madhya Pradesh and Gujarat are reporting more than 80.04% cases.According to the union health ministry the next foru weeks are crucial for India.The government has also shown the grave concerns about increasing deaths due to covid-19 in Punjab and Chhattisgarh.

“Average daily new cases in Maharashtra rose to more than 44,000 as compared to an average of 3,000 daily cases in 2nd week of February.Average daily deaths have also gone up from 32 to 250,” said Rajesh Bhushan , union health secretary.

The union health secretary has also shown concern over increasing deaths in Chhatisgarh and Pujab.The maximum Covid-19 cases have been reported from Maharashtra that counts 58% and also reports 34% of deaths. 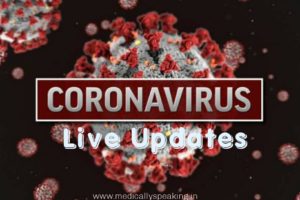 About the Author: Shalini Bhardwaj