Resident doctors from AIIMS and Sajdarjung Hospital held a candlelight march on Sunday supporting the protest of Madhya Pradesh doctors demanding hike in stipend and beds for them and their families in case they contract Covid-19.

The doctors from the two hospitals marched to Sri Aurobindo Marg and shouted slogans demanding justice for their fraternity members in Madhya Pradesh.

“We are enraged to learn about the atrocities and callousness of the government of Madhya Pradesh. The resident doctors are protesting for their rightful demands which were denied outrightly and the outraged administration is headed to spoil the careers of thousands of trainee doctors,” a FORDA statement read.

“Our healthcare system is anyways in shambles and any further reduction in manpower will affect it adversely,” it added.

An office-bearer of the All India Institute of Medical Sciences (AIIMS) Resident Doctors’ Association said the chief minister of Madhya Pradesh should schedule an urgent meeting with the protesting doctors and solve the issue within the next 24 hours, “failing which a nationwide protest will be held”.

The Madhya Pradesh government had on May 6 said steps will be taken for the safety and security of doctors in hospitals, treatment to ‘corona warriors’ and their families will be provided on a priority basis, and a stipend hike of about 6 per cent per year from 2018 along with Covid incentives will be provided to them, he said.

“It is really sad that all these demands fell on deaf ears of the Madhya Pradesh government, forcing the resident doctors to go on indefinite strike from May 31,” the official said.

Nearly 3,000 doctors in Madhya Pradesh had resigned from their posts after the Madhya Pradesh High Court directed the striking junior doctors in the state to resume their duties within 24 hours, terming the protest “illegal”. The state government had on Saturday sent eviction notices to the doctors who had resigned, asking them to vacate their hostels. 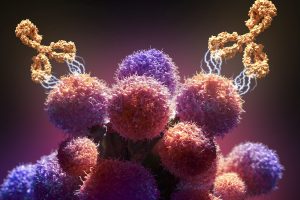